Here at Vote 100 we were delighted to exclusively reveal the cover design for the new young adult suffrage novel ‘Things A Bright Girl Can Do’, and to meet the author Sally Nicholls, who wrote about her visit here in A Rebel’s History of Parliament.  We were then keen to find out what an actual young adult thought of it…

I am 16 years old, and recently read the book ‘Things a Bright Girl Can Do’ by Sally Nicholls. This book gave a very realistic portrayal of the struggles faced by women during the early 1900s and shows clearly how much society and attitudes towards women have changed since this time. It follows the stories of three young women, Evelyn, Nell and May, and their different approaches towards getting the vote for women. It also covers many different aspects of society at the time, including life for different classes, sexuality, gender divide, education and attitudes. 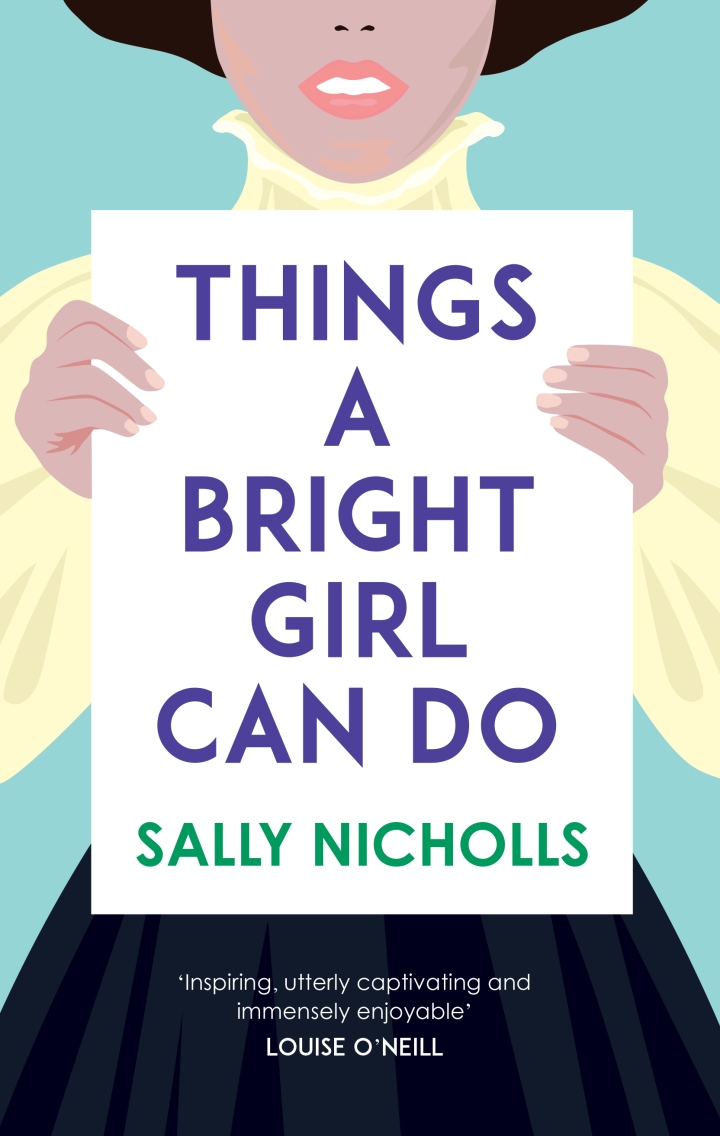 I found it particularly interesting to see the journey the main characters took throughout the book, and to see how much of an impact World War One had on Britain, eventually culminating in the Representation of the People Act in 1918. It clearly showed how the roles of women in society changed during this short space of time, and how different classes mixed in the war effort.

It also explored the variation in opinions towards the war, such as the pacifist opinion highlighting an angle that is less widely documented. This was the same for the suffrage campaign, as it showed how different people were all fighting for the same cause but following diverse approaches based on their personal attitudes. I would recommend this book to anyone 15 years and over, as some scenes may be inappropriate for younger readers.

Find out more about Things A Bright Girl Can Do: http://sallynicholls.com/books/things-a-bright-girl-can-do/

2 thoughts on “Book Review: Things a Bright Girl Can Do”

The Big DayJuly 2, 2028
6.1 years to go.
Follow UK Vote 100: Looking forward to the centenary of Equal Franchise in 2028 in the UK Parliament on WordPress.com

The Big DayJuly 2, 2028
6.1 years to go.
Follow UK Vote 100: Looking forward to the centenary of Equal Franchise in 2028 in the UK Parliament on WordPress.com