Back in 1910, a woman imagined what winning the vote might look like. We’re very pleased to publish this guest post by Krista Cowman discussing ‘A Peep into the Future’, 108 years after its publication on 25 March 1910.

February 6 2018 marked a hundred years since the Representation of the People Act first gave some British women a parliamentary vote.  Discussions about how best to mark this centenary are currently hard to avoid in modern media but are not solely the preoccupation of the millennials who are now looking back.  Barely a century ago, at the height of the militant suffrage campaign, one woman was already wondering how a women’s suffrage victory would be celebrated.

On 25 March 1910, Votes for Women, the paper of the militant Women’s Social and Political Union (WSPU) published ‘A Peep into the Future’, an early exercise in counter-factual history whose author was identified only as ‘C.W.’ Set in 1960, the piece features ‘a pretty white-haired old lady’ looking back on her life with her grandchildren who have flown over to visit her in their ‘aero’.  Grannie is in a nostalgic mood.  The day of their visit is also “the anniversary of a bygone day which she will never forget – the day the Women’s Enfranchisement Bill passed the House of Commons by a huge majority.  Once again she can see herself, a young and enthusiastic girl, addressing a cheering crowd from a window in Clement’s Inn, while tri-coloured flags floated before her eyes.  ‘Purple, White and Green!’ she murmurs to herself, ‘those were our colours.’”

C.W’s future fantasy misread certain events.  The WSPU was to move headquarters from Clement’s Inn to Lincoln’s Inn, and give them up altogether as the First World War shifted the political priorities of some of its leaders.  One sentence in her piece was chillingly prescient.  Although it was written in 1910, the narrator of the future suffrage celebrations remembers her young husband, long dead, fallen in ‘the great war that had… proved to the most sceptical that the women of England were worthy to be voters’.  In 1910 C.W. could not possibly have known how catastrophic that ‘great war’ would be.  Nor could she realise that one phrase – the ‘great war’ and one debate – its connection to the vote – would remain live a century later.

Four years later, war pulled the suffrage movement – which then stood at around fifty separate organisations– in many different directions.  Some activists went abroad as nurses, doctors, ambulance drivers and auxiliaries.  Others remained at home.  They used organising skills learned through suffrage to combat women’s wartime unemployment by training and directing them into new jobs.  Many who continued to meet as suffrage campaigners wore their badges when doing other public work to ‘keep the suffrage flag flying.’  The well-publicised jingoistic reaction of a few of the WSPU’s leaders to the war was not appreciated by all of its membership.  Some now worked through the United Suffragists (formed just before the war to bridge the gap between militant and constitutional suffrage) or the older Women’s Freedom League. Others prioritised religious or party political suffrage societies.  And a small number formed two new groups, the Independent Suffragettes and the Suffragettes of the WSPU, to continue the Union’s original aims under its old name.  One ex-WSPU organizer Dorothy Evans joined a picket of 10 Downing Street in 1917 to push the Prime Minister into giving votes to women in a throwback to the militant tactics of the 1900s.   Together this meant that when the war gave politicians the chance to discuss extending men’s voting rights, it was the decades of suffrage campaigns – and their continued presence in public life – made it impossible not to bring votes for women to the table.

C.W. was not the only suffragette to imagine a world with women voters.  Teresa Billington Grieg once described how in the WSPU’s earliest Manchester days before 1906, she would hear younger WSPU members speculate about future Parliaments with Prime Minister Emmeline Pankhurst, and Christabel ‘on the woolsack.’  She may have got the actual identities wrong, but a century after first voting women have held both the roles, and more than once.  Suffrage campaigners never saw the vote was an end in itself.  It was a way of bringing about further changes.  Suffragist Ray Strachey, a Parliamentary candidate in 1918, remembered the galvanising impact of women’s votes on the established political parties.  Strachey said that within two weeks of the Act politicians were seeing a ‘woman’s side’ in every bill and party whips were dispatched to discover ‘what the women thought.’  Election leaflets discussed the price of groceries and stockings.  And, with a tiny number women MPs representing over 8 million women voters, legislation on issues such as divorce, custody of children and equal access to professions was no longer deemed irrelevant.

108 years after C.W. peeped into the future we are still some way off equality.  Yet much has changed for women since then, and much has been achieved.  As we mark this important anniversary it is worth pausing to think how our world might look when the bicentenary of votes for women comes around, and what we should start doing to bring fresh change about. 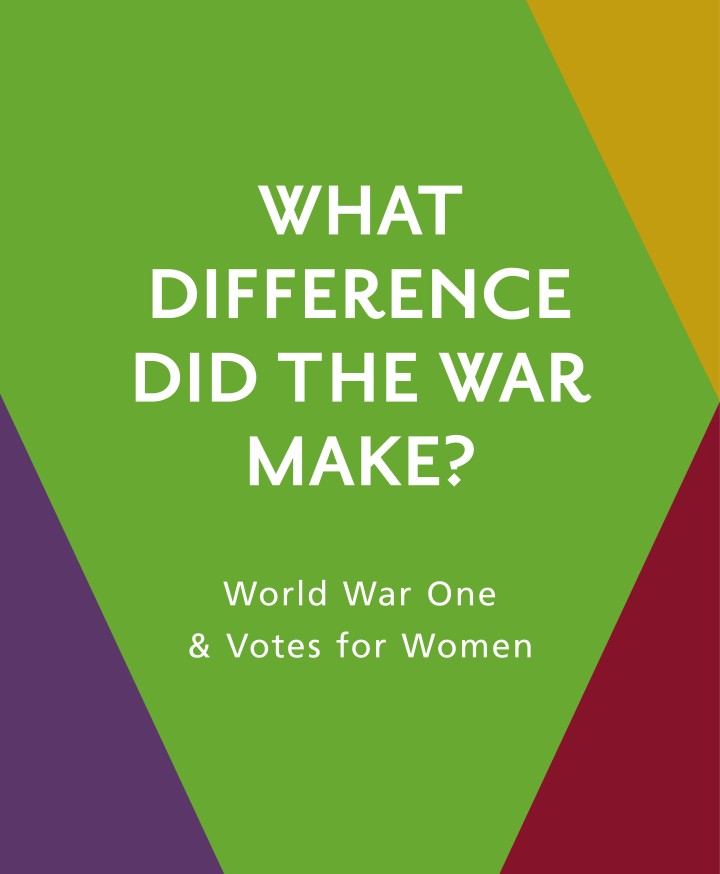 2 thoughts on “A Peep Into the Future: Imagining the suffrage victory in 1910”

The Big DayJuly 2, 2028
5.4 years to go.
Follow UK Vote 100: Looking forward to the centenary of Equal Franchise in 2028 in the UK Parliament on WordPress.com

The Big DayJuly 2, 2028
5.4 years to go.
Follow UK Vote 100: Looking forward to the centenary of Equal Franchise in 2028 in the UK Parliament on WordPress.com